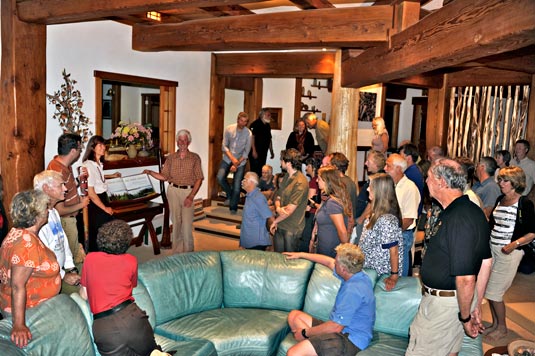 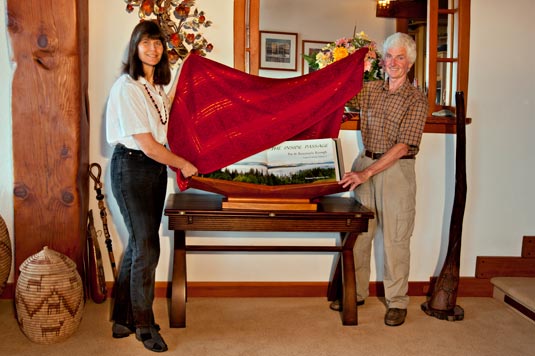 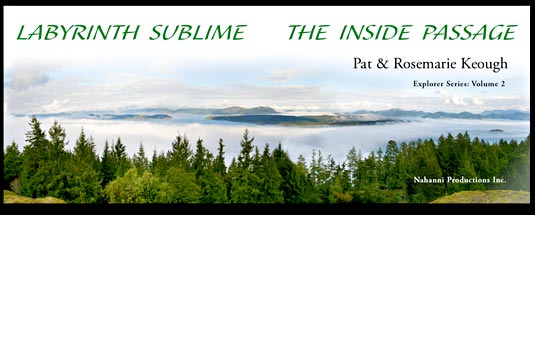 “ The images left me spell bound. They are so rich with stories of their own.
The juxtaposition of form, colour and perspective shows the coast in a way I had
not seen before. They do for this coast what Ansel Adams did for the Sierras. ”

LABYRINTH SUBLIME was unveiled with due ceremony during The Explorers Club Salt Spring Symposium, an intellectually stimulating gathering of fifty Explorers, all members of this prestigious, international club. Pat and Rosemarie Keough are Fellows of The Explorers Club; Rosemarie being a Medalist and Director of the Canadian Chapter. During this four-day retreat held at the Keough home, presentations were shared of cutting-edge research from a wide range of disciplines from searching for dinosaurs to affordable world security. Among this year’s participants were no less than five Subscribers to LABYRINTH SUBLIME, nine proof-readers, and a further two Explorers who generously contributed much logistical assistance during the Keoughs’ explorations of The Inside Passage.

Lifting the red drapery to reveal LABYRINTH SUBLIME open to its title page, the Keoughs proceeded to tell of their adventures and share insights with those gathered. The title page image is actually the view to the north from their kitchen looking from Salt Spring Island across The Inside Passage toward mainland on a morning of mist and cloud. To the Keoughs, this image speaks of the essence of this coast with its atmosphere, forest, islands, mountains and protected waterways.